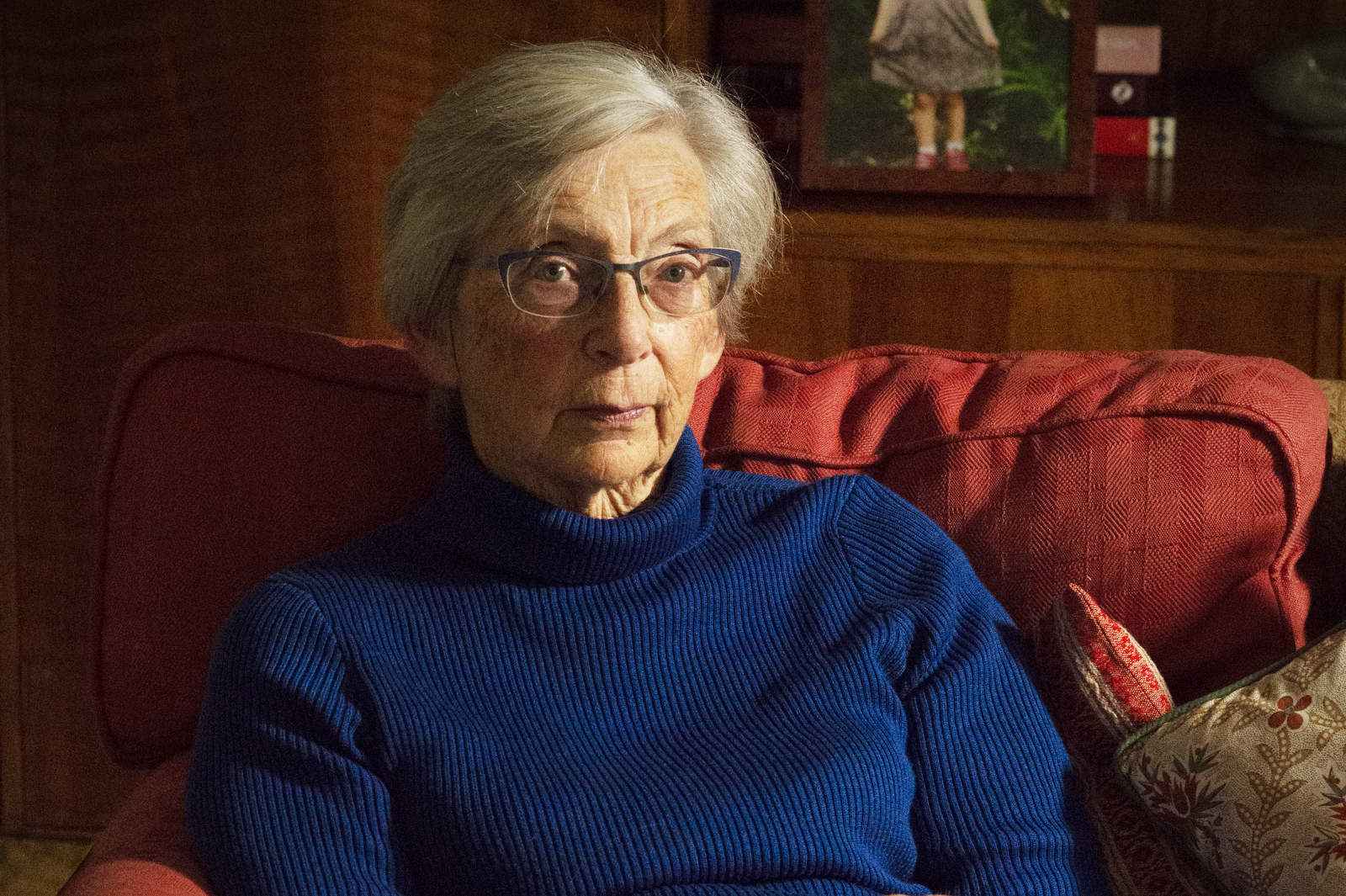 By The Mole on the Hill

Grandad, are those people going into church to say their prayers? No, lass. They haven’t got anywhere to live so the church gives them a nice meal and a warm bed for the night. Why haven’t they got homes? There are loads of houses and flats. Yeah, but they cost a lot of money and these people are poor. Well, I think it’s a shame. The government should do something about it.

Francoise Findlay was born in London and has lived almost all her life on the far side of Primrose Hill, in the Elsworthy estate.

“My mother was French. Her background was one of great comfort, but she was a rebel. She rejected the life of luxury she’d been brought up in and left it all as a young woman to come to London to Toynbee Hall in the East End. She studied at the LSE to be a social worker. Throughout her life she was a volunteer. Among other things, she learned Braille and brailled for the library at the RNIB. I remember as a child trailing round with her for the Red Cross, trying to locate people who had been lost in the war, putting families back together and reuniting siblings.”

Francoise was educated at North Bridge House, which at the time was two houses in St John’s Wood Park, backing onto the Finchley Road bombsite. From there she went to Queen’s College in Harley Street. The school was founded in 1848 by Frederick Denison Maurice, professor of English Literature and History at King’s College London and a Christian socialist thinker. It was the first British educational establishment to give academic qualifications to women. From there Francoise started at the Regent Street Polytechnic to study Sociology. “I lasted a year. I was very young, only seventeen, and I was among students who were better prepared. So I dropped out and got married. I’ve never had a paid job. Like my mother, I was always a volunteer. My husband travelled a great deal, and I didn’t have help with my children, but I worked as a volunteer for several organisations: the Red Cross, the CAB, Voluntary Action Camden, and Camden Old People’s Welfare Association.”

At a time when directors of housing associations were commanding very substantial salaries, Francoise became in effect the unpaid chief executive of Hampstead Old People’s Housing Trust. “It was founded by a foresighted lady, Marjorie Rackstraw. When I became involved, all the members of the committee were elderly and they were eager to recruit me. I was young, enthusiastic and particularly interested in the care of the elderly. The Housing Corporation deemed us to be a small housing association, incapable of carrying out new builds or improvements. We couldn’t afford to pay for a professional director, so I thought, sod this, I’ll do it myself.”

And she did. But all the time she was looking for a merger with a bigger organisation. The problem was that very few housing associations were fit to manage an organisation whose sole purpose was to house the elderly. They had five units of sheltered housing and three care homes in Hampstead. However, before any merger was achieved, there was the battle of The Old Court House, or Francoise Findlay vs Peggy Jay. “We had a lot of problems with one of our properties. The Old Court House, near White Stone Pond, next to Jack Straw’s Castle, had been a gift to Hampstead Old People’s Housing Trust in 1960.

It was a beautiful listed building with a huge garden and some of the best views in London. It was divided into bedsits with shared bathrooms. Each tenant had a little kitchenette with a sink and a Baby Belling inside a louvred cupboard. Despite fire prevention work, in my opinion it remained a fire hazard. However, as it was a listed building, we were not allowed to install an external fire escape. There was one staircase and the only alternative means of escape was along a corridor. You then had to pull a ladder down from a trapdoor, climb it and walk across the roof to Jack Straw’s Castle. And remember, the tenants were probably eighty-plus in age. This was the only means of escape. The building was a death trap and I said we needed to close it. “The tenants were, understandably, very upset and they enlisted the help of the formidable Peggy Jay and Glenda Jackson. The Ham and High took up the cause and for weeks and weeks I was the baddy, because these poor old people were being evicted from their homes. Glenda Jackson calmed down a bit, but Peggy Jay never let go. But I persisted, the tenants were rehoused and the property was sold.” Negotiations for a merger with a larger housing association continued.

Mick Sweeney from what is now One Housing was very keen, but Francoise did not think they had enough experience running care homes, so he was rejected. On the other hand, Central and Cecil had care homes in Kew, Teddington and Ealing and sheltered housing that included Oldfield in Primrose Hill, so a merger with them took place and Francoise became a member of their board.

As a child and teenager, Francoise attended the prestigious Nesta Brooking ballet school in Oppidans Mews, and she is now a Silver Swan (a ballet class for those over 55) at Primrose Hill Community Centre. This interest merged nicely with that of her husband, who was a director of the Royal Opera House. She taught him a love of ballet; and he gave her a love of opera.
Since 1970, Francoise has been heavily involved in the Elsworthy conservation area. And why should she not be? The house she has lived in since she was six years old was the coach-house to 19 Wadham Gardens. And here we need a bit of history. The pioneer of garden suburb development was undoubtedly William Willetts. His development of Elsworthy and Wadham Gardens in the late nineteenth century pre-dated Hampstead Garden Suburb. All the houses in Elsworthy Village were of the highest standard and ‘Willetts-built’ was an assurance of excellence. The houses were grouped so as to obtain a uniformity of effect in the road. Buildings were set back from the street and the original boundary treatments of small walls, privet hedging and wooden gates and gateposts were designed to increase the green, leafy environment of the quiet residential streets.

In 2009, as a result of the efforts of Francoise and her neighbours, Camden published the ‘Elsworthy Appraisal and Management Strategy’ and, without this document and their efforts, we would now have a hypermarket in King Henry’s Road.

Francoise has now retired from her onerous housing commitments but she continues to volunteer. “Until a year ago, I was a trustee of the Hampstead Wells and Campden Trust, which was established in the seventeenth century to provide assistance for the ‘the poor and needy of Hampstead’. It was a privilege to play a small role in an ancient charity that continues to distribute funds to organisations and individuals within the area of benefit.

“I volunteer at St Mary’s, Primrose Hill: they provide dinner, bed and breakfast for the homeless once a week. I help with the first shift, making up beds, welcoming our guests and serving and eating dinner with them. The shelter at St Mary’s is managed by C4WS, and from November to January the project is carried out by seven churches in Camden. It has been going on for several years; and in addition, there is a variety of shelter provision for the homeless if they seek it. “I look on St Mary’s as my community centre. I would like to see more contact between St Mary’s and Primrose Hill Community Association. There needs to be more solidarity between the north and south, now that we are in the same ward.”

So the poor people get to sleep in the church every night if they want to. I like that, Grandad. It’s good. But I still think it’s a disgrace that it’s left to volunteers to help them.