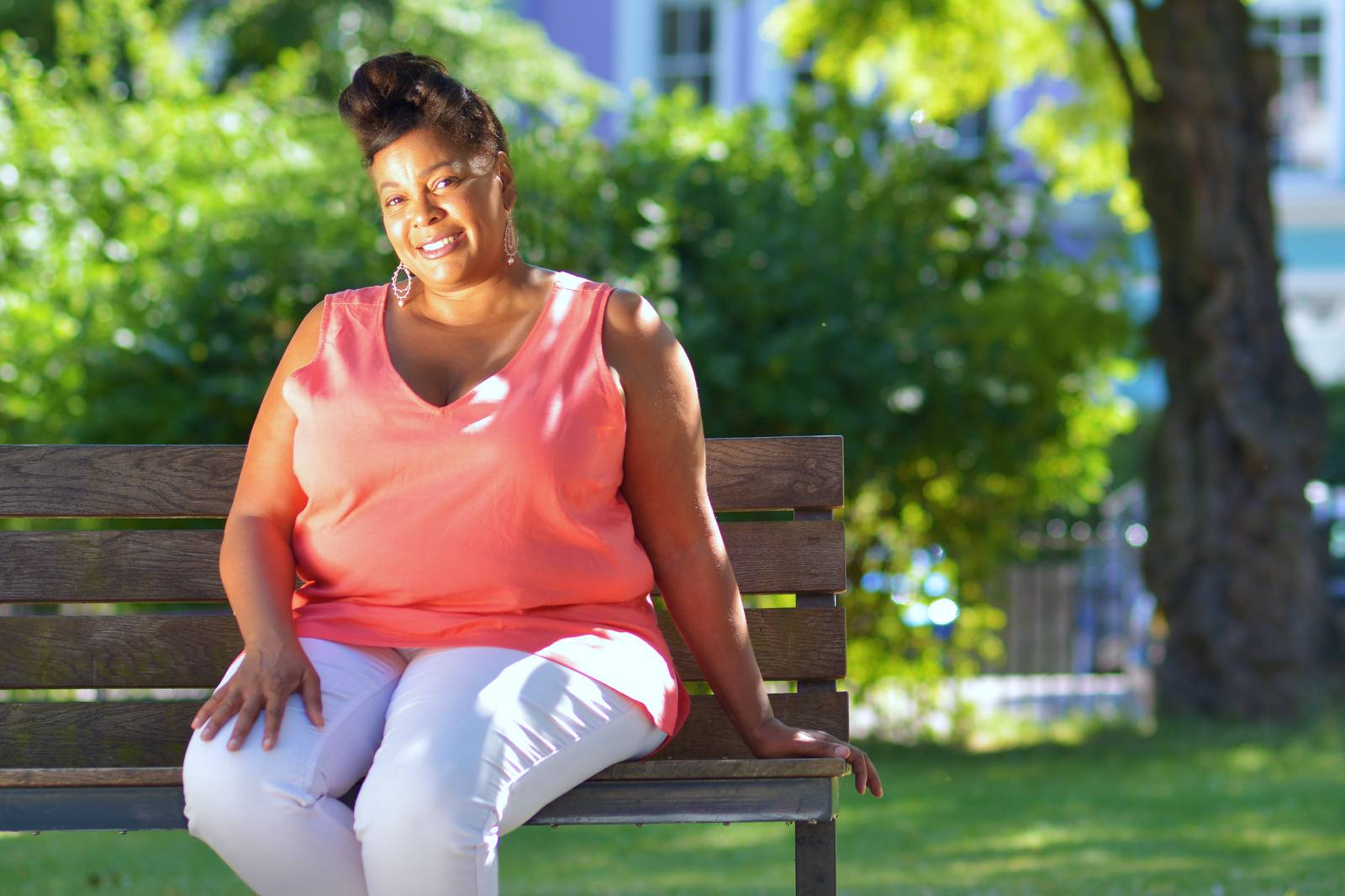 Patrice Hutton-Jones is Primrose Hill’s very own Soul-Catcher, a spiritual healer and intuitive bodyworker who has been helping local residents for many years. Micael Johnstone went to meet her.

Patrice Hutton-Jones greets me with her beaming smile as I walk across the already slightly parched grass to meet for our interview in the height of summer in Chalcot Square. The square is basking in glorious sunshine and is the perfect location to discuss a career and philosophy inspired by our connection with the natural world.

We start by talking about her early life and where she first discovered her gift for spiritual healing. Patrice grew up in South Shore, south-side Chicago near Lake Michigan in the United States. Her parents, Marie and Bobby Hutton, were committed to education and sent her to a local Catholic school as part of what she calls a ‘middle-class’ upbringing. She believes that her naturally intuitive nature served as a helpful counter-balance to the rigidity of a Catholic education, and she was aware of this intuition from an early age.

We forget the joy of nature and natural ways to have fun, and as we get older these things are looked at as being weird!

“I often felt conflicted as a girl, as I would question the strict rules that I felt were in conflict with my strong sense of inclusiveness and compassion,” she says. “Organised religions are all good – I tried them all – but I decided to follow my own spiritual path. I hadn’t previously felt empowered to go within and trust my own guidance. It’s not unusual to be intuitive – kids have it, but we forget it. We forget the joy of nature and natural ways to have fun, and as we get older these things are looked at as being weird!”

After school Patrice studied English at university and also gained further inspiration from spending time at a wellness centre in Chicago, run by women she fondly describes as her ‘other mothers’. She faced some of her own health challenges and was told that she wouldn’t be able to have children; but she ended up giving birth to three boys, one of whom sadly passed away. This tragedy led Patrice to England ‘to escape’.

On moving to England (a clairvoyant friend told her she’d be working near a big hill in London!) she sought out the teachings of a number of leading natural healers. She was particularly interested in the Bach Flower Essences, discovered by Doctor Edward Bach in the 1920s and 30s, whose natural healing properties help combat stresses that can lead to negative emotions such as fear and worry.

“Discovering the Bach Essences really directed me to wellness,” says Patrice. “The connection to nature and channelling natural healing properties is really important. When we are close to nature we just feel more grounded. When we walk barefoot on the grass we feel that sense of being grounded. When we see a body of water – like Lake Michigan – we feel cleansed. When we look at the sky we feel open. Primrose Hill is so great because of all of its parks and trees. The natural environment really helps the local community: it makes for a family environment where people actually speak to you!”

Patrice continues to include natural remedies in her body work as a wellness consultant and life coach. She believes that her mother and father not only instilled their respect for learning and education, but also contributed significantly to her passion for wellness. Even though the United States has a reputation for fast and processed foods, her parents were believers in wholefoods and the family rarely ate out in restaurants, preferring to prepare their own home-cooked food. Patrice believes that more people are starting to wake up to the importance of nutrition as a result of increasing health crises such as obesity, chronic diseases and mental health issues.

Primrose Hill is so great because of all of its parks and trees. The natural environment really helps the local community: it makes for a family environment where people actually speak to you

“Many people are now more aware of what they are ingesting and pay real attention to it,” she says, although she believes that the gap between those who are really paying attention to what they eat and the majority of the population is in some ways increasing. “Although many people are more focused on nutrition and eating organic, high-quality food, it’s often just not available, it costs too much or people don’t give time to thinking about it. People seem busier than ever and have such fast-paced lives. Making time for wellness and self-care is difficult but it’s so important.”

I ask Patrice what the government could be doing to help combat some of these problems. “If I had a magic wand and could make changes, I would focus on mental health right now,” she says. “There have been such big funding cuts across the board. This has meant that the provision of amenities like gardens to improve wellbeing and alternative therapies are not available.”

While advances in surgery now enable doctors to carry out life-saving operations that would not have been possible in the relatively recent past, other more long-term health problems appear to be going on the wrong direction. “We are getting good at healing injuries from the neck down, but pills are not getting to the bottom of it,” says Patrice. “We need to adopt a more holistic approach, and good food is part of it.”