The Early Days of Lemonia 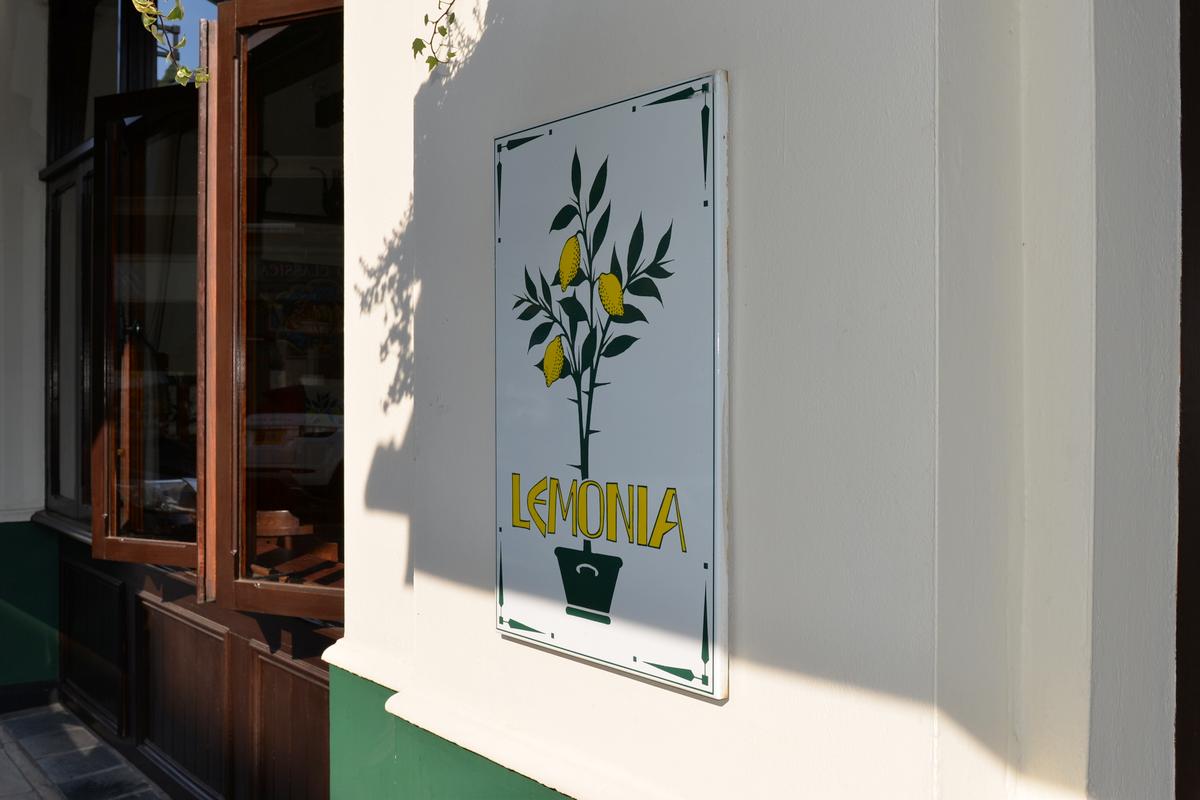 Tony Evangelou’s parents wanted him to be a doctor or a lawyer – what luck for us in Primrose Hill that he became a restaurateur instead! “I had the urge to create, to move, not do something sitting down,” he says.

Tony arrived in London from Cyprus when he was 14 years old: “It was tough going to school with limited English, it took time to get into it.” But he really thrived when his parents opened the deli on the corner of Delancey Street. Tony and his sister Mina soon turned it into one of the most popular shops in the area: “People were becoming more adventurous, wanting continental flavours, and we sold olives, hummus, tarama. Aubergines and coriander were exotic in those days.”

Camden was changing, designers and architects were moving in, and one of them, Tony Ullman, who was half Greek, said to him, “Why don’t we do a proper Greek restaurant?”

“Regent’s Park Road was a dull-looking street in those days; I already had the building [opposite the current Lemonia] and it was empty, so I said, ‘What the hell, I can set it up and run it for a year or two and then can always get out.’ Because of the connections we had in the area, it filled up on the first night, and we’ve remained full for 40 years!”

The next phase was in the late 1980s, when the old Chalk Farm Tavern came up for sale. “It was a tatty old pub; at one stage it was called The Lotus, with a racing driver theme, as Colin Chapman had something to do with it. Everyone thought it was crazy for us to leave where we were for somewhere more than double the size, but Tony Ullman stepped in again. It took more than two years, and has been successful ever since.”

What is the secret of Lemonia? Tony says that a restaurant is like a theatre: you have to give a good performance every night; you can’t let it go because you were good the night before. His wife works behind the scenes and Mina is still involved in welcoming old and new diners alike at reception, along with Christina and Louisa. A couple of the staff have been there since day one, and several for over 25 years. Tony himself still cooks: “I am hands on 100%. But all high street businesses are having a rough time, everyone is having to put in more effort and expect less in return.”

Lemonia has put Regent’s Park Road on the map; generations of customers keep coming back, and probably visit other shops and businesses in the area as a result. Tony’s message for a thriving street? “Do your homework to make sure you are selling what people want. If you are providing something special, there is a huge catchment area. But at the same time you need to be supported by the neighbourhood ? we value our ‘regulars’.”