The Colourful Life and Death of José Rizal 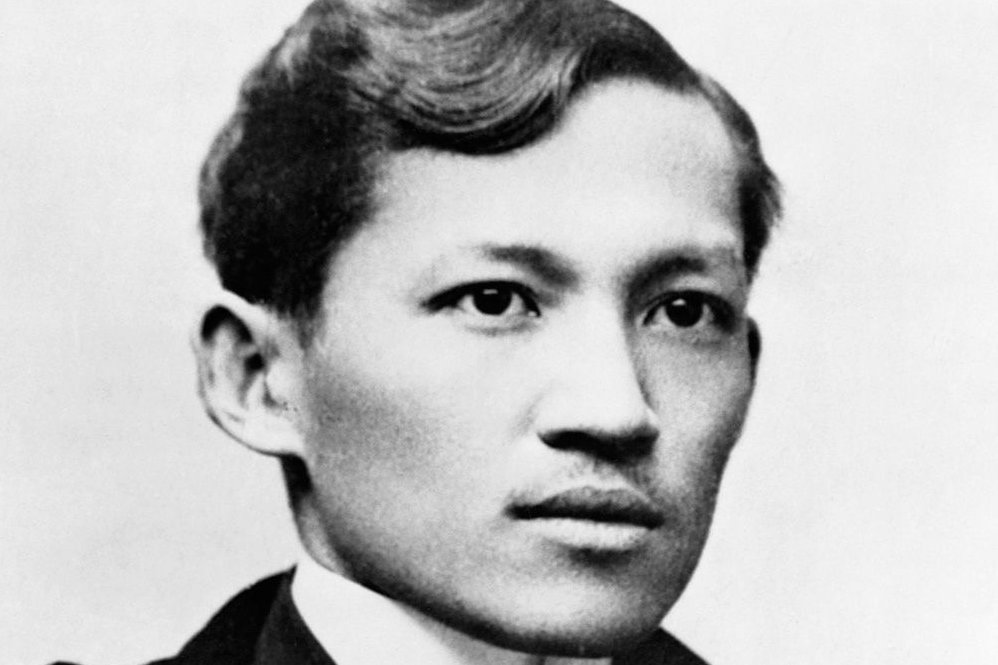 José Rizal, former resident of 37 Chalcot Crescent, was a doctor, writer and national hero of the Philippines. An English Heritage blue plaque was erected to him in 1983, and there has long been a statue of him in Primrose Hill Library’s garden.

He was also suspected of being the father of Hitler.

Because Rizal did a lot in his short life, and led such a colourful existence, there are spurious and overblown rumours which have stuck to him. The Germans, for instance, believed he was a French spy as he travelled widely and could speak 22 languages; and some thought he was gay as he never married, dressed immaculately and was devoted to his mum.
The Hitler rumour began after Rizal stayed in the Metropole Hotel, Vienna for a few days. He had a brief affair here, which coincided roughly with the date Hitler would have been conceived, give or take a couple of years.
Another fabulous myth is that José Rizal was the man behind the Jack the Ripper murders. The murders coincided with Rizal’s time in Primrose Hill (1888/89) and ended just as he left London for Paris. Rizal was a qualified doctor, and the murderer had obvious medical knowledge, and was in possession of a scalpel.

So who exactly was this José Rizal?

Rizal was born in Calamba in the Philippines, the seventh child in a family of eleven children. After studying land surveying in the Philippines, he became aware that his mother’s eyesight was failing, so decided to specialise in ophthalmology. In 1882 he travelled to Madrid, without his parents’ knowledge or consent, to study medicine at the University of Madrid.

There was a small allowance available for study, but if the family farm in the Philippines had bad harvests, Rizal had to be thrifty, at times going for days without food. In order to take his exams in Madrid, he secretly pawned his sister Saturnina’s ring.

As well as his academic achievements, Rizal was a polymath and mastered a great number of skills in both sciences and the arts. He was a talented sculptor, artist, writer and musician. He carved a statue of the sacred heart whilst a teenager and made works from clay, terracotta, wax and plaster. He was a cartoonist, cartographer, and farmer and excelled in pistol shooting and fencing. The exception was singing, in which he said he ‘sounded like the braying of an ass’.

Rizal wrote two novels: Noli Me Tángere (Touch Me Not), which detailed the darker aspects of Spanish colonialism in the Philippines with particular regard to the role of the Catholic Church and its friars, and his follow-up novel El Filibusterismo (The Reign of Greed) 1891.

He also wrote collections of poetry, plays and essays including an article called ‘The Treatment and Cure of the Bewitched’ which explored treatment methods and explained that witches did not always have to be women, nor were they necessarily old or ugly. Other than the Austrian affair which sparked the Hitler rumour, Rizal was known for his many love affairs. When he was only fourteen he met and became attached to Leonor Rivera. After he left to study in Europe, they wrote to each other in coded letters as her mother didn’t approve of the relationship, fearing Rizal’s reputation as a subversive. On his return, Rizal’s father forbade him to visit Rivera as he didn’t want her family to be put in danger with the authorities. Rivera eventually married an English railway engineer (found for her by her mother), and Rizal was left devastated.

In 1888, Rizal took lodgings at 37 Chalcot Crescent as it was close enough to the British Museum where he wished to study. His landlord was Mr Beckett, the organist of St Paul’s Church in Avenue Road (St Paul’s School on Elsworthy Road evolved from this church).

Beckett had a daughter, Gertrude, whom Rizal admired. But the feelings were not reciprocated, and when he finished his studies, Rizal left her with a clay medallion portrait of herself. He set off for Paris, into the arms of Nelly Boustead, the daughter of a rich British trader, over whom he almost fell into a duel to the death. His final love was an Irish woman living in Hong Kong called Josephine Bracken. Her blind father was a patient of Rizal in his ophthalmology clinic. They fell in love, and would have married but for Rizal refusing to return to the Catholicism, which he had rejected. They had a son who died a few hours after his birth. After Rizal’s death, Bracken set off for the muddy and overgrown expanses of the Philippine revolution’s enemy lines, where she reloaded spent cartridges for the rebels. She died six years later of TB.

Politically, Rizal was a member of the Filipino Propaganda Movement which advocated equal rights and education for Filipinos, representation in the Spanish parliament, and limits on the powers of the friars. His desire was to achieve self-government peacefully, rather than by means of violent revolution.

In 1892 Rizal returned to the Philippines, because in order to effect change he needed to be present in the country. Although not involved in the planning or action of the revolution, he was sympathetic to its causes, and his writings helped to inflame the movement. Although supporting non-violence, Rizal’s novels were enough to get him declared an enemy of the state and he was exiled for four years to Dapitan on the island of Mindanao. There he built a hospital and a school, installed a water supply and taught farming methods. There are three animals named after him that he collected during his time in Dapitan: Apogonia Rizali, a small beetle; Draco Rizali, a species of flying dragon; and Rachophorous Rizali, a toad.

After his release, he was given permission to travel to Cuba to treat yellow fever. He and Josephine left on the ship bound for Cuba, but he was arrested en route. A nationalist Filipino society, the Katipunan, had started a rebellion, and Rizal was suspected, incorrectly, of being allied to them. After a show trial, Rizal was convicted of rebellion, conspiracy and sedition and sentenced to death. He was executed by firing squad in Manilla on 30 December 1896 at the age of 35.

On the evening before he was to be executed, Rizal placed documents in his pockets and shoes, presuming his body would be handed to his family after the execution. His final poem, Mi último adios, was hidden in an oil lamp which was passed to his family along with his remaining few possessions and his burial requests. The firing squad consisted of eight Filipinos armed with Remington rifles. Stationed behind them were eight Spanish soldiers armed with Mausers, with orders to shoot any executioner who failed to carry out his duty.

Only one live bullet was put into the rifles; the rest contained blanks.

Only one live bullet was put into the rifles; the rest contained blanks. They knew of his innocence, and meant to assuage any guilt. His execution photo includes the dog which was the firing squad’s mascot. After he was shot, the dog is said to have run whining around the corpse as a soldier fired a final shot into Rizal’s head to ensure he was dead.

The Spanish authorities buried him in an unmarked grave and the papers Rizal had hidden about his person disintegrated. His sister Narcisi found a guarded graveyard with a freshly dug grave which she knew must be his, and marked the grave RPJ, her brother’s initials in reverse.

A section of vertebrae which was damaged by a bullet was retained by Rizal’s family and is now on display in the Rizal Shrine in Fort Santiago, Manilla.

His last words echoed those of Christ: “Consummatum est”. “It is finished.”
Rizal was less a revolutionary than a writer who challenged the colonial status quo. Although his death was ultimately attributed to his writing, his dissenting works did have the effect of destroying Spain’s hold over the Philippines. Two years after his death Spain lost control of the Philippines, but it wasn’t until 1946 that independence was granted.

“One only dies once, and if one does not die well, a good opportunity is lost and will not present itself again.” José Rizal

“He who does not know how to look back at where he came from will never get to his destination.” José Rizal