On Our Doorstep: How a Primrose Hill greengrocer is helping to save local lives. 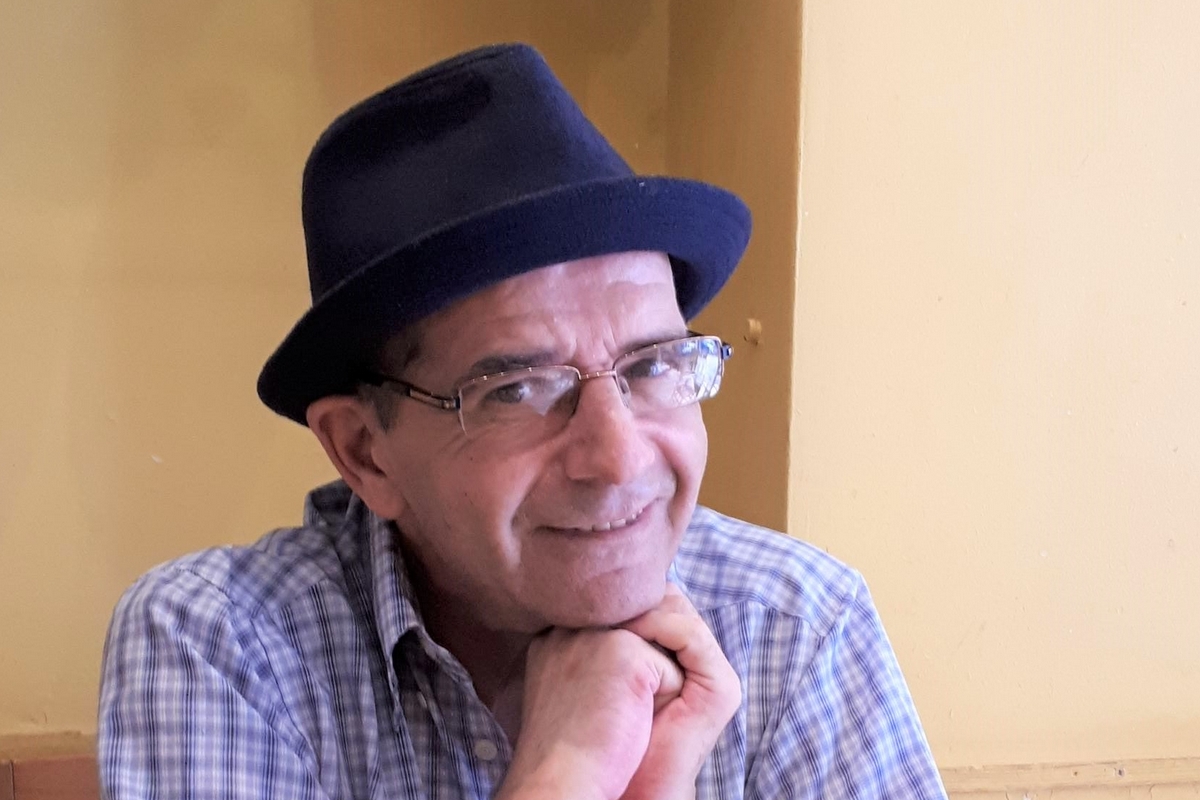 If you have lived in Primrose Hill for a while, you have probably bought apples or a Christmas tree from Yeoman’s, where Nigel Grundy worked for over 25 years.

I caught up with Nigel recently as he had to retire from the shop due to ill health, and I was wondering what he was getting up to in his retirement. It turns out that Nigel is extremely busy, and here is his story.

Back in the 1970s, when Nigel was addicted to speed, he contracted Hepatitis C (Hep-C), a virus that attacks the liver. This silent killer was discovered in 1989 and creates devastation as it gradually eats away at the liver. It is called ‘silent’ since the liver has no nerve endings, leaving the patient very ill before any pain can be felt.

It is estimated by the World Health Organization that over 220,000 people in the UK have been in contact with the Hep-C virus, but this may be an under-estimate as many are undiagnosed. It may be contracted from one contact with an infected needle, a toothbrush, or from a tattoo artist, and the virus does not discriminate on grounds of class or income. Some sufferers have been infected with the virus from blood products, as testing only started in 1991. Many people are unaware that they have the virus, and its long-term symptoms can be mistaken for a variety of other conditions.

In Nigel’s case, he was diagnosed in 1995 and embarked on highly unpleasant treatment that was offered at the time. Back in the 1990s these earlier treatments had extreme side-effects and many patients were unable to complete their treatments as a result. Nigel persevered, and continued to work at the greengrocer’s, but struggled with some frightening side-effects.
Several years later, in 2013, Nigel was admitted to the Royal Free Hospital for more treatment to suppress his liver damage, only to be bluntly told that he now had liver cancer. This devastating news was a huge shock. At around the same time, Nigel had to find somewhere to live as his landlords were selling up. Oldfield House fortunately had a room for him, and this is where he still lives, but he was close to becoming homeless.

Nigel’s Hep-C flared up again in 2015, which forced him finally to give up work at the greengrocer’s and embark on more treatment. This time, the story took a better turn for Nigel and he was finally clear of the virus.
Medical treatment for Hep-C has moved on dramatically, but the awareness and outreach to patients has not caught up. The stigma associated with Hep-C also holds people back from seeking treatment.

So, in his inimitable way, Nigel won’t put his feet up and relax into retirement. He is now determined to spread the word about new treatment, remove the stigma of Hep-C and help more people, working with the Hep-C Trust. Volunteers like Nigel support Hep-C patients to be tested and take the new medication, overturning the poor reputation of older treatments.
According to the Hep-C Trust, Camden has one of the highest rates of Hep-C transmission, especially within the homeless population, where intravenous drug using is common. Many of these highly vulnerable people are not able to engage consistently with the public health service and need intensive support over a period of time in order to recover. In Camden, an estimated 60% of drug users are infected with Hep-C.

Nigel now works tirelessly, despite his ongoing mobility complications and other chronic health problems, to find those carrying the virus, explain the treatment to them, test them and support them through their treatment.
The Hep-C trust has only two outreach volunteers in Camden, who speak with their peers about treatment options, answering all their questions and allaying any fears. This type of support, over time, has a much higher success rate in engaging patients to embark on, and complete, their treatment than just leaflets or doctors’ consultations. But how will two volunteers manage to reach all those in Camden with Hep-C?

Many patients have been, or still are, intravenous drug users, living in homeless hostels or on the streets. The numbers have been increasing in recent years, and the complex reasons behind each person’s homelessness are very difficult to conquer. Nigel, and his fellow volunteer Romano, talk directly to patients, and they do not give up and move on. The dedicated support from Nigel and Romano helps patients to get to their appointments, understand their treatment, take their medication and change their lives for the better.

The Hep-C virus is seven times more infectious than HIV-Aids, but awareness of its causes and treatments are much less well understood. Over the next few years, the Hep-C Trust is hopeful that they will eliminate Hepatitis C in the UK with your help. The treatment is available but we desperately need people like Nigel and Romano to get the patients into testing and treatment.

The World Health Organization has set 2030 as the target date for the eradication of the virus worldwide. National Heath England has set the target for England at 2025. The Royal Free Hospital has treated 2,000 people and has 10,000 waiting for treatment. So 2025 is highly optimistic.
If you would like to help, the Camden Intervention Project run by the Hep-C Trust (www.hepctrust.org.uk) is the only dedicated outreach programme in Camden. Any gift made expressly to that project, large or small, will save lives in our borough.