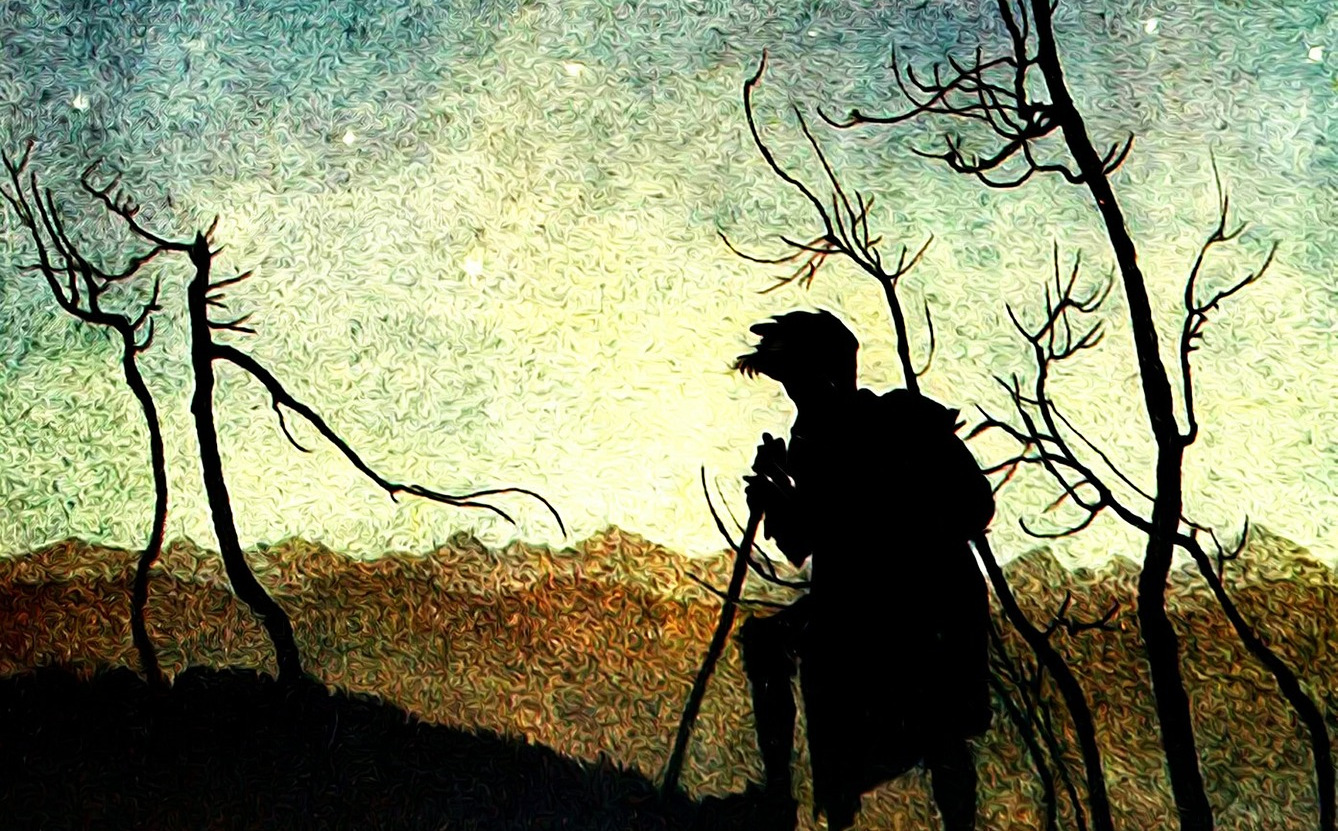 One hundred and fifty years ago this month, the well-known illustrator Arthur Rackham was born in London. Throughout his life he illustrated more than 65 books, including Shakespeare, the Brothers Grimm and Charles Dickens.

Arthur Rackham was born in Lewisham on 19 September 1867. He was the fourth son of Alfred Rackham, who worked in government and became an admiralty marshal at the Ecclesiastical and Admiralty Courts; and Annie, who came from a family of lace manufacturers. They had twelve children, of whom Arthur was one of the few to survive to adulthood. 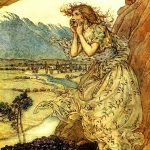 Arthur was a sickly child, and when he was seventeen his parents sent him on a sea voyage to Australia in the hope that it would cure him. Throughout the trip, accompanied by two aunts, he kept a detailed notebook of watercolour landscapes. On his return he enrolled at the Lambeth School of Art and worked at the Westminster Fire Office in order to pay for classes.

In 1892, Arthur began work full time as an illustrator for the Pall Mall Budget. He illustrated music-hall events and at one time a Votes for Women meeting, where a fight broke out. He moved on to the Westminster Budget, but didn’t enjoy the kind of work he had to cover. By this point he realised that photography was the upcoming medium for journalism, so he turned to book illustration.

The first book that Rackham illustrated was To the Other Side by Thomas Rhodes, a travel journal about the United States and Canada. His first children’s book was S. J. Adair Fitzgerald’s The Zankwank and the Blethwitch, illustrated in 1897. Following that he was commissioned to illustrate Tales from Shakespeare (1899), Gulliver’s Travels (1900) and Grimm’s Fairy Tales, which were exhibited at the Royal Watercolour Society in 1902 and became much acclaimed. 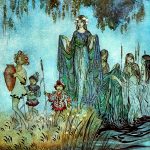 Arthur Rackham came to this area in 1901, when he moved to Wychcombe Studios off England’s Lane. Rackham married a neighbour of his, Edyth Starkie, in 1903. The following year Edyth suffered a miscarriage, but the couple went on to have a daughter, Barbara.

Much of Rackham’s best known work was published when he lived at No. 3 Primrose Hill Studios during 1905‒6. Books which would go on to become collectors’ items were illustrated here, including Rip Van Winkle (1905) and Peter Pan in Kensington Gardens (1906). In 1906 the family moved to 16 Chalcot Gardens, where he published Alice’s Adventures in Wonderland (1907).

Rackham’s technique was to use pen and India ink for black and white illustrations, and to build up layers of watercolour washes for his colour pictures. He would generally over-ink his drawings due to the three-colour printing process used at the time, which would lose the definition of the illustrations.

Rackham was elected to membership of the Royal Watercolour Society and the Société Nationale des Beaux Arts, and he became Master of the Art Workers’ Guild. Book sales were helped by exhibitions for the publications at the Leicester Galleries, and in 1914 he had an exhibition at the Louvre in Paris.

After WW1, the appetite for expensive illustrated books declined, and so did the public’s taste for fairies and fantasy. Rackham turned his attention to the American market, for whom he continued to exhibit and publish books, and do drawings for Colgate’s advertisements for Cashmere Bouquet soap.
In 1920 the family moved to Houghton, West Sussex; and in 1929 they moved again to a newly built house in Limpsfield, Surrey. Rackham took on Studio No. 6 at the Primrose Hill Studios so that he had a London base from which to work. Since Rackham’s tenure, Lord Methuen RA, Patrick Caulfield, John Hoyland and Sir Henry Wood have also lived and worked there. 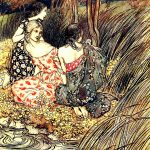 Through the 1930s Rackham was still producing book illustrations, including The Night Before Christmas (1931), Fairy Tales by Hans Christian Anderson (1932) and The Arthur Rackham Fairy Book (1933). Rackham developed cancer at the end of the 1930s and died on 6 September 1939. His final work was The Wind in the Willows, which was published posthumously in 1940.

To this day, Rackham’s illustrations remain popular: they are keenly sought at auctions and widely used by greeting cards companies. Director Guillermo del Toro credits Rackham as influencing his faun in the film Pan’s Labyrinth.

Our Primrose Hill artist has given delight to generations of children and adults with his illustrated books. “Rackham’s illustrations to Grimm, Hans Andersen or Poe show him at his most imaginative and observant of human nature, while his gnomes, fairies and gnarled anthropomorphic trees in Peter Pan in Kensington Gardens or A Midsummer Night’s Dream represent his more fantastic side…

He was ‒ and remains ‒ a soloist in front of an orchestra, a player with the responsibility to interpret and add a personal lustre to great works with variations of infinite subtlety and grace.” James Hamilton, author of Arthur Rackham: A Life with Illustration.