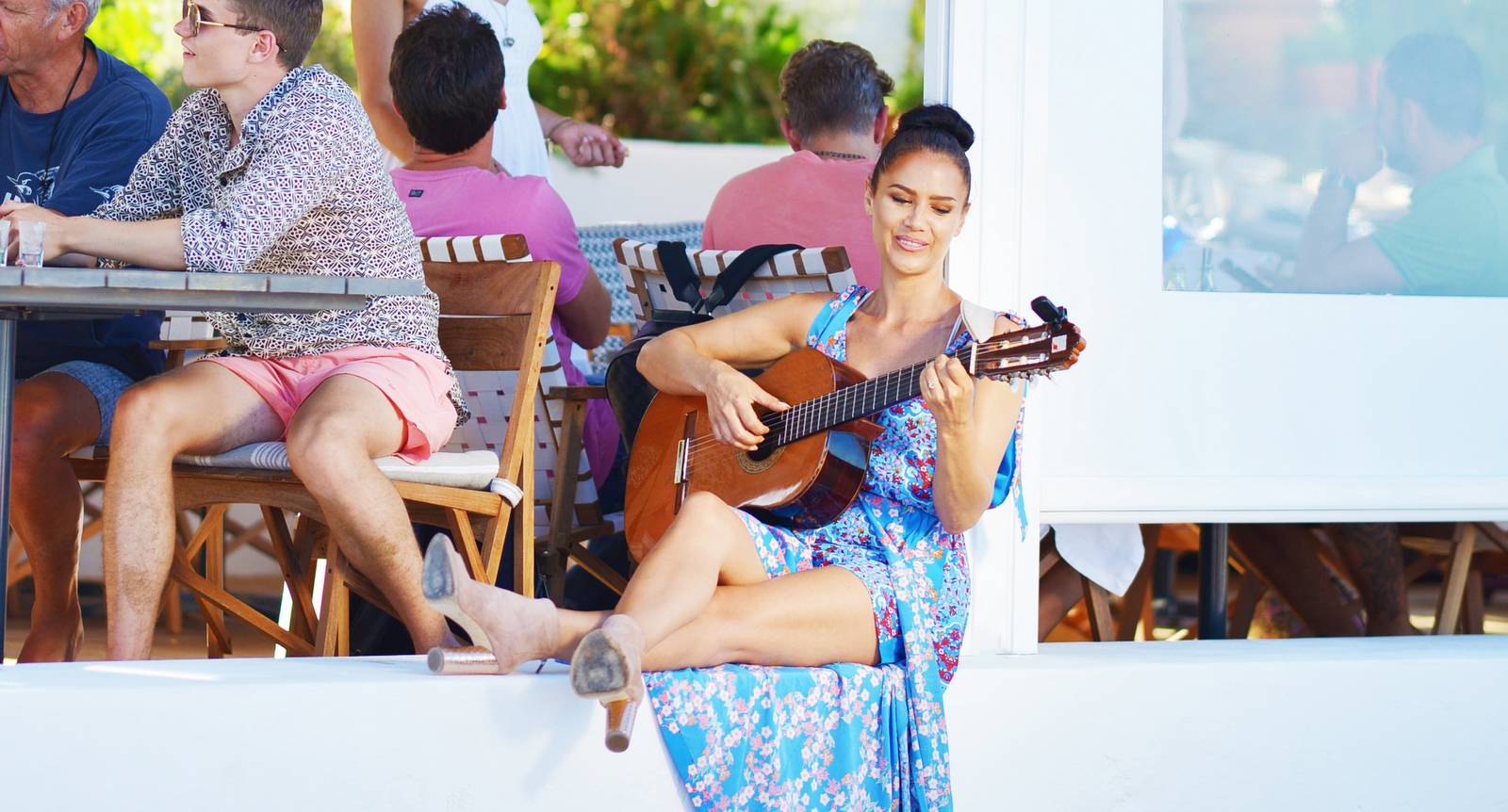 To define Estelle Rubio is futile. Like the music industry itself, she is multifaceted, convergent, evolutionary yet simultaneously innovative. A self-described ‘geek girl’, Estelle is a musician at heart with a multitude of strings to her bow. Producer, singer, songwriter, performer, lecturer, mentor, modern-day feminist and, yes, music tech guru.

Music is in Estelle’s blood and her Latin roots play an integral role in her style, both personally and musically. She sparkles with energy and emotion, even following a 3 a.m. studio session mixing a track for the London-based dark pop girl-band Lock. 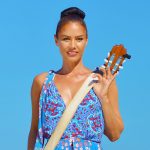 Estelle describes her music as Latin House with a little bit of techno. “For me, it’s all about the songs: the songs, the melodies and creating something catchy. Most of my music has a Spanish background influence.”

Her musical career was ignited during her teenage years when her Mum enrolled her in a mixing and production workshop and she landed a part-time job in a studio in the docks of Amsterdam. Late at night after the artists had finished their recording sessions, Estelle could access studio downtime and learned to master the equipment, thus beginning her nocturnal vampire existence.

Estelle’s talent is rare: she’s both a traditional musician – pianist, guitarist, writer and singer, producer – and a tech-spert. And while we still celebrate traditional musical artists today, the Electronic Dance Music (EDM or dance music) industry is valued at $7.1 billion. EDM and its various sub-genres, such as house, club and techno, are produced purely using technology and are played by DJs at nightclubs and festivals. This music requires only a computer.

The beauty of Estelle’s music is that it combines her classic musical talent, her love of sound and her technology skills, thus creating a unique musical fusion that is rare in today’s ever-evolving world of technology. “For me, it’s very much about the music. The harmony, melody and those fundamentals are really important.” 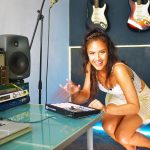 Is technology changing our relationship with music? Of course, music is inextricably linked to mathematics, and the Beatles changed the global musical landscape through their pioneering recording and production techniques. Estelle muses that “It’s sort of a post-modern art form: taking something that exists already and making a new collage.” Remixing encompasses this, and she is releasing one on Basement Jaxx’s label, Atlantic Jaxx, at the end of June ‒ again, Latin-inspired and a side project of one of the aforementioned acts. The availability and ease of technology is certainly democratising music across the globe, and millions of ‘bedroom studios’ enable amateur artists to produce and distribute their music directly to the public via platforms like Soundcloud, YouTube, Bandcamp and Tidal.

Estelle still celebrates traditional music and finds inspiration in many forms. Her musical heroines include J-Lo, Bjork and Kate Bush, along with Van Morrison, Daft Punk, Jeff Buckley, Bob Marley, Bowie, Santana and Camila Cabello. “For me, one of my heroines is an artist like Sade. She wasn’t hugely in the public eye, but she was very much a musician and would release an album every two or three years. A whole album of laid-back, chilled-out music. And you just don’t see artists like that any more.”

Estelle also taps into the beauty of every day sounds, such as raindrops, and explores ideas relating to science and our urban environment. “I like to play with words and concepts. I try to find familiar themes and think it’s nice to write songs with multi-layered meanings ‒ songs about the human condition.”

As a writer, Estelle is currently dabbling with a few fierce concepts about living in a city: ‘Who Stole the Stars’ and ‘Oxygen’, and a darker exploration into the recent surge of knife crime entitled ‘Urban Myth’. But Estelle is also a master of balance and easily transitions from more serious explorations with her writing to more playful, upbeat musical compositions. She has recently conceived an album that will take listeners on an ever-building evening journey, from dinner party through to dessert and ending with the inevitable post-dinner dance party. “I love being in the studio and playing with sounds and creating new sounds. What I really want is to combine it all.”

Even in this dizzying age of technology and digital downloading, Estelle is a purist at heart and still believes in the art of crafting an experiential narrative through music. Alas, the balancing act is ever present. “Music is so important, yet it’s become so free. We’re losing the art due to commerciality, but artists still have to make a living. I think Kate Bush is one of the few artists who kept the wolf from the door.”

A Primrose Hill resident for twenty years, Estelle’s home is akin to living in a creative playground for adults. On a sunny, warm Friday in May, her husband, Scott, is in the bright dining room running through lines with a fellow actor; her son Zak is DJing loudly upstairs, while their Chesapeake Bay retriever bounces around the house between the actors and our interview location in Estelle’s music studio. Estelle has music and writing in her genealogy: her father plays Flamenco and Rumba, her sister is also a musician, and her mother a writer.

Leveraging her musical and technology talents, Estelle is highly involved in the tech, education and media worlds to raise awareness of the art. She was the only European woman headhunted by Apple to present and showcase the company’s Logic Pro X professional recording software. She also lectures at BIMM London and has written a curriculum for Music Production Degrees. Her compositions have been featured on Sky and BBC and as soundtracks to fashion shows. Estelle also appeared on BBC2 alongside fellow geek musician Imogen Heap on a programme about music and tech. Through these spotlight media appearances and collaborations, Estelle aims to inspire more women to get involved with technology. Her advice is: “Own your own equipment and record your own music. Own the mechanical royalties of a song.”

Estelle is gearing up for a dizzying summer schedule. She has recently returned from performing at Atzaro in Ibiza and is firming up additional summer dates on the chic Balearic island. Check out www.onthehill.info in the coming days for confirmation of Estelle’s summer gigs. And meanwhile, to add a little glam to your summer garden parties, download a few tracks of Estelle’s café del mar-style chill music on Soundcloud, and follow her on Instagram at Estellerubiomusic.