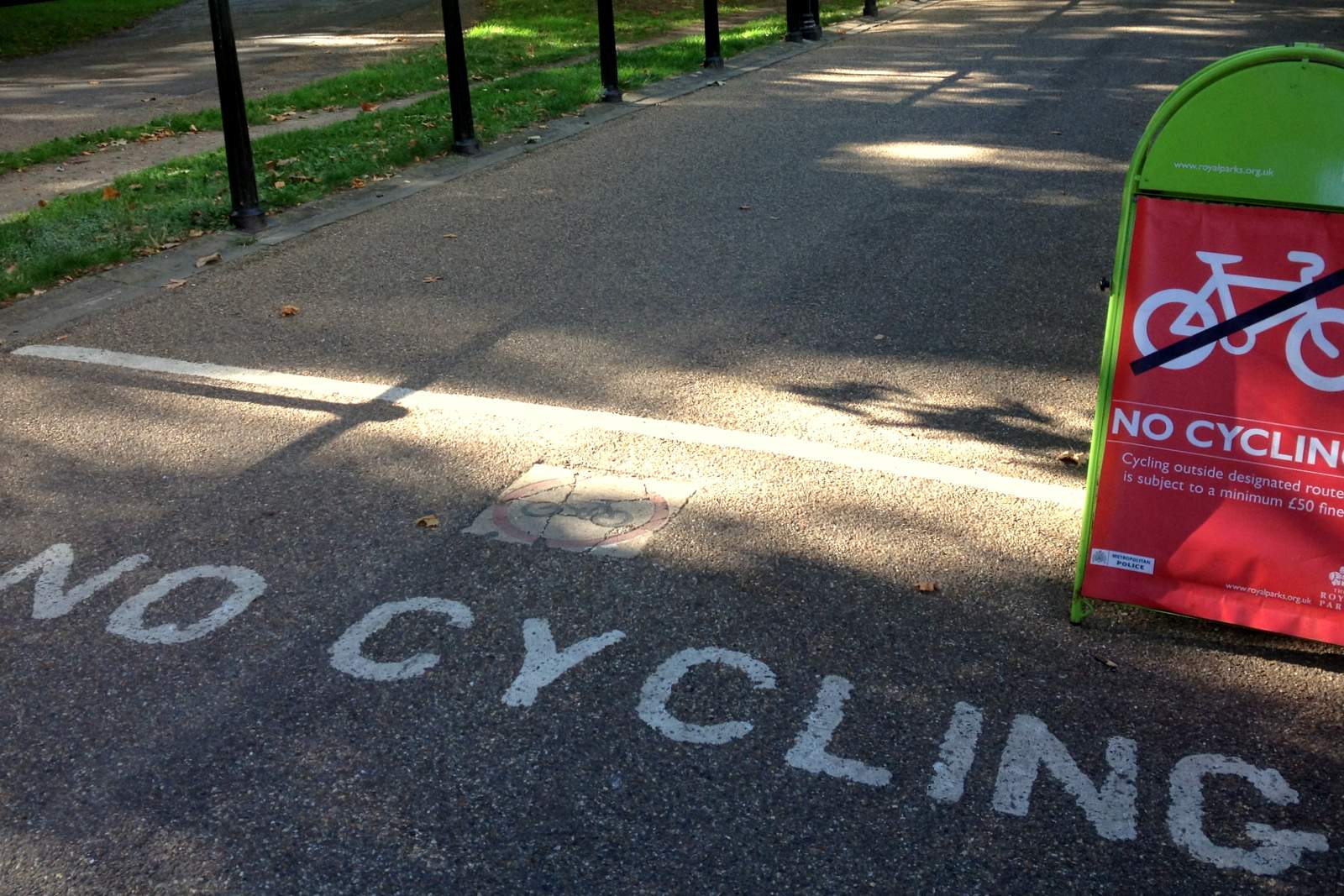 The other day I was walking our cocker spaniel on Primrose Hill when an ugly altercation played out right in front of me. A young man on a bike was cycling up to the top of the Hill, by necessity rather slowly, while another man on foot thrust a mobile phone in his face, filming him in an ostentatiously provocative way. The pair of antagonists squeezed past me on one of the tarmac paths to the crest…

“I’ll be sending this to the Royal Parks, you’re not allowed to f***ing cycle here,” yelled the walker.
“Oooh, friends of yours are they, matey?” replied the cyclist.

For a moment it seemed they would come to blows, though fortunately sanity prevailed and the mutual abuse remained verbal rather than physical. The outraged walker was, I thought, needlessly provocative, but he did have a point.

Cycling is banned on Primrose Hill, but increasingly the ban is flouted with what I fear could be consequences of serious injury to dog, jogger or walker. This new threat to the tranquillity of the Hill is fuelled in part by the proliferation of rental bicycles which are in danger of turning the park into just another one of London’s cycling thoroughfares.

You see the evidence of this unwelcome trend in the lime green and red bicycles abandoned casually on the grass verges. The original ‘Boris Bikes’ have to be returned to their docking stations, but the new app-based model of hiring allows users to leave the bike wherever they choose.

But there is a wider problem here. Those bikes should not be on the Hill at all, for the very simple reason that cycling is banned right across the park. At least, that is what the whitewashed writing on the tarmac indicates at every entrance. But the signs are so half-hearted that visitors might be forgiven for wondering if they are really meant to be taken seriously. Compare these easily overlooked instructions with the dire warnings against the lighting of fireworks, which are posted around the Hill every November. In fact, the letting off of fireworks is rather less dangerous than some of the cycling one witnesses in the park.

Should that aggressive walker I witnessed follow through on his threat of forwarding his mobile phone footage of the errant cyclist to the Royal Parks, he will be wasting his time. Though the Parks make the rules about where cycling is allowed or not, they do not even pretend to enforce them.
There are no wardens, and even if there were, they would have no authority, for as a Royal Parks spokesman tells On The Hill: in dealing with cyclists, park staff can “only ask that they comply, they do not have authority under the regulations to enforce”.

In theory, the Met police can issue £60 fixed penalties for cycling in prohibited areas, though the Royal Parks could not say how frequently this occurs.  In many ways, the Royal Parks are right to eschew a draconian culture of official fiat on something so lovely and restful as Primrose Hill, which after all is about enjoying the outdoors, fellow walkers and the views.  But there is a sound legal principle that laws that are not enforced should be repealed, so that people at least know where they stand. Many dog walkers are also cyclists, so have divided loyalties themselves and see no reason for knee-jerk competitiveness with the other groups that enjoy the Hill.

The problem on the Hill is more potentially serious than cycling across, say, Regent’s Park, which is flat. Though most cyclists who breach the ban are considerate and cautious, there is a minority who speed down from the top, creating an actual danger to life and limb.  And if a dog is killed, or a jogger maimed, who then is legally liable? “This would depend on the circumstances,” says the Royal Parks spokesman, displaying an insouciance some would find puzzling.

Surely the Royal Parks should get a grip of this problem, and take the steps needed to enforce the ban on cycling, starting with proper signage. Failing that, it could accept the principle of a cycle route linking Regent’s Park Road to St John’s Wood, with signs for dog owners to take care, and strictly enforced speed limits.  But it cannot go on pretending that a growing problem does not actually exist.

This may require asking the already stretched police to take a lead, but as regular hill walkers know, you rarely see them in the park, and nor really would you want to find them patrolling there. It is somehow against the spirit of Primrose Hill.

Oddly, I did happen to spot a policeman on the Hill the other day. He was heading, very slowly and very carefully, towards the St Edmund’s Terrace gate, astride his officially issued Met bicycle.