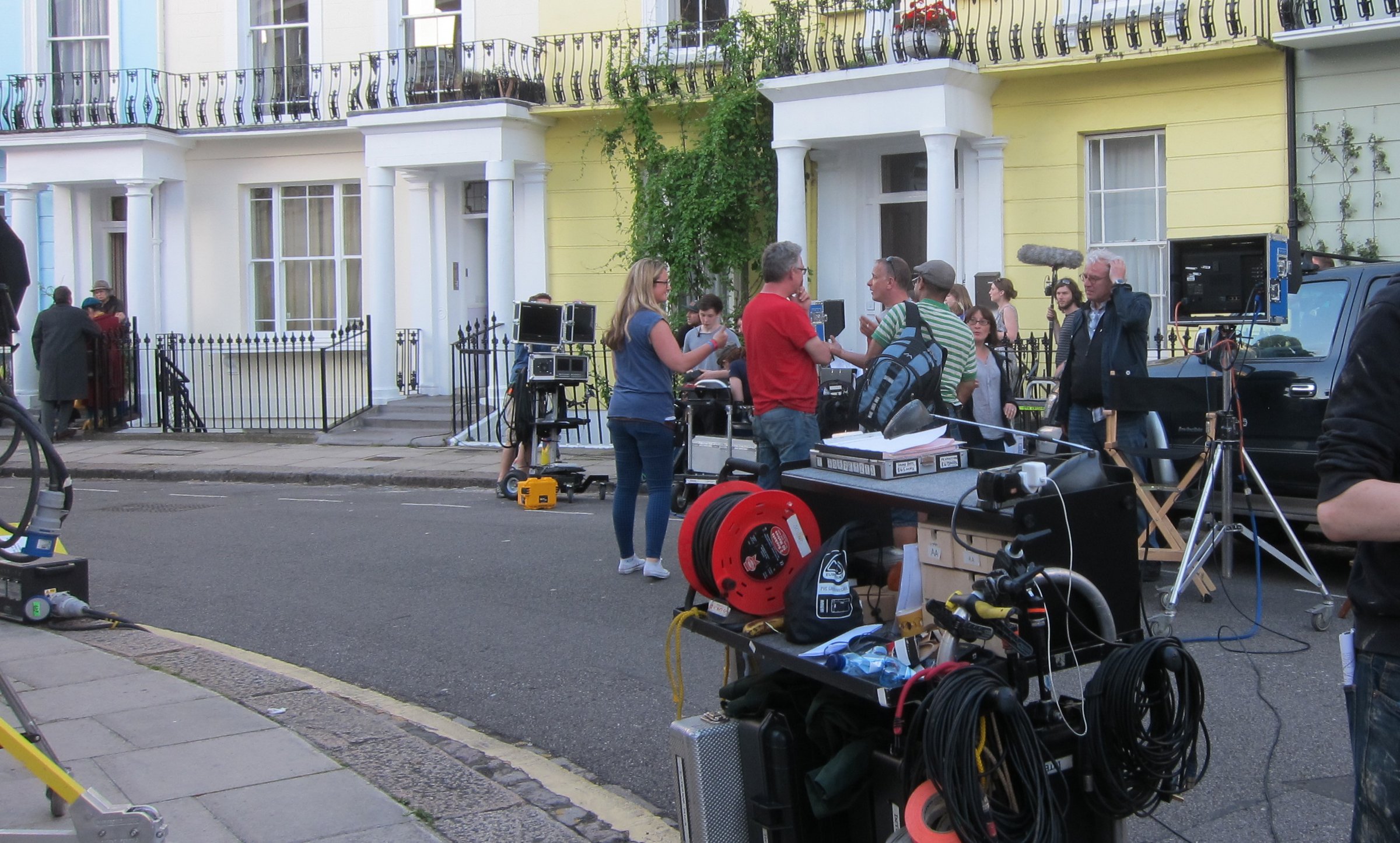 Primrose Hill has seen its fair share of movie crews, careering around with their trailers and props. Although the frequent film crews can cause traffic jams, for all the strife, it is fun to try and poke your head through the crowd to see if there are any famous actors in the neighbourhood. It’s great that the place we choose to live is also the place where so many of the world’s filmmakers choose to set their stories. Some of these crews have gone on to create … well not always masterpieces, but definitely some fun films. Here are just a few of the best.

Anyone local to Chalcot Square might have come across Hugh Bonneville and his furry friend filming around the crescent. These family-friendly ventures were adored by many and truly embraced the pantomime-esque story involving a little bear from Peru.

A literary and film classic,101 Dalmatians has captured the hearts of children and adults alike. Up at the top of Primrose Hill, Pongo and his wife Perdita barked a call for help to find their missing pups. Many a time has a passing tourist waited through the bitter cold evening in an attempt to hear the starlight barking. However, it does not exist. Oh well … you win some, you lose some.

The Lady in the Van

If you cross under the railway and over the canal, before you get to Camden Market, you will come round another famous crescent, Gloucester Crescent. This street used to be home to playwright Alan Bennett and an eccentric lady living in his driveway. After many different interpretations of the book, 2015 brought the story to the silver screen.

Filming in Alan Bennett’s old house, Maggie Smith and Alex Jennings took us on a crazy journey spanning fifteen years. Not only did this film attract unanimous praise, but we are lucky to be able to revisit the scenic crescent on our way to the Tube.

Bridget Jones and The Edge of Reason

This guilty-pleasure chick-flick was embraced by a generation of young flamboyant Brits and went on to inspire two very popular sequels. Our local scene is the opening dream sequence in the second of the trilogy. It entails our heroine skipping and dancing around on the top of Primrose Hill. This iconic viewpoint epitomises the peace of the hilltop contrasted with the backdrop of crazy bustling London city.

From Paddington to Bridget Jones, our village seems to represent a peculiarly British vibe, and it’s clear that Hollywood have picked up on Primrose Hill showcasing the best of Britain. Perhaps one day we can truly claim to be the Hollywood of Europe.

Leonardo Shaw is a 15-year-old Primrose Hill resident who has lived his whole life in the area. He is a film buff who loves all kinds of films, whether or not they are made in Primrose Hill.