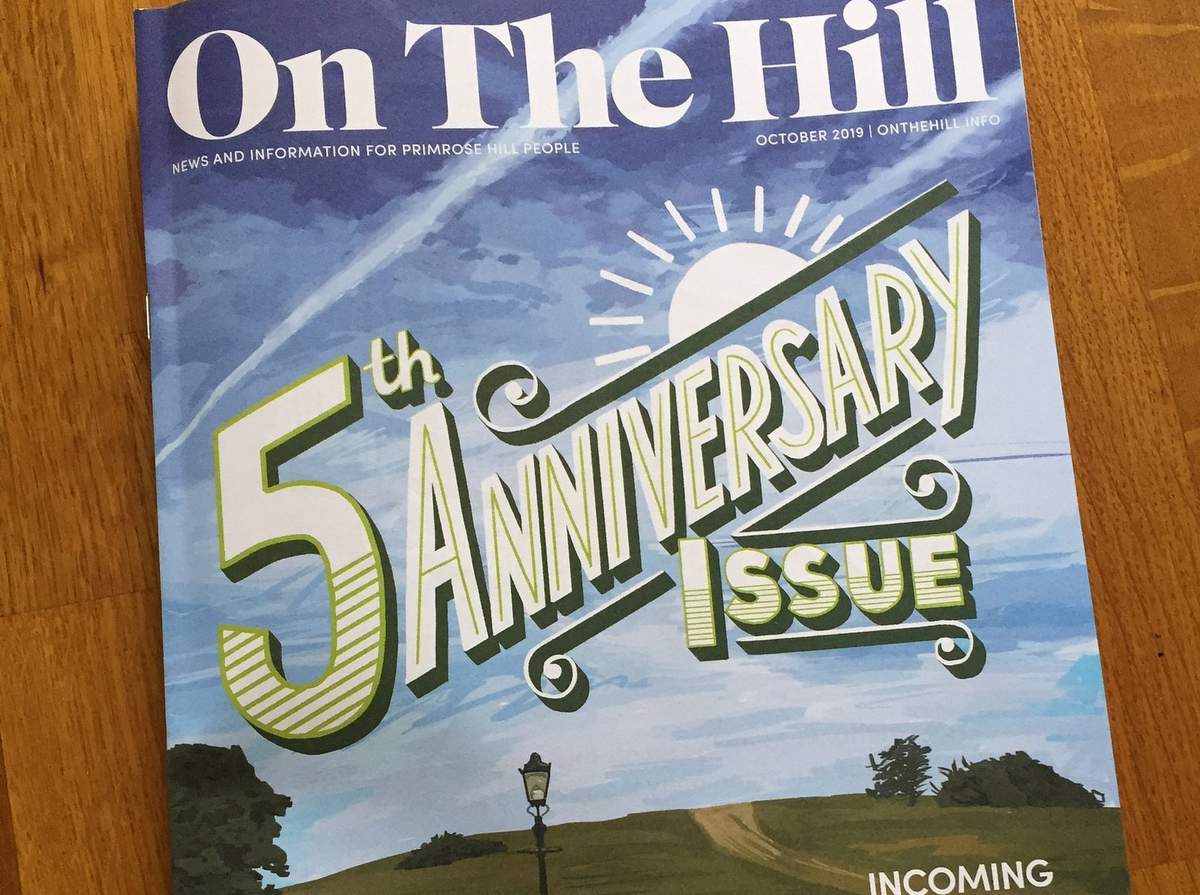 On The Hill is five years old this month…

Happy birthday to On The Hill! Your local magazine has been running for five years.

I like to think that David Bowie would have sung ‘Five Years’ to us if he were still around. It’s not entirely implausible, as he did spend time in Primrose Hill. If we had a time machine, we could see him arrive at a photoshoot on King Henry’s Road wearing the red boots and quilted jumpsuit he’d worn a month earlier on Top of the Pops for his performance of Starman; or recording at the Mayfair studio in Sharpleshall Street, the building which housed the Museum of Everything and is now Eglon House.

Over the past five years On The Hill has brought you a taste of all the characters, charitable ventures and events which our community in Primrose Hill does so well. It’s all a bit like the Museum of Everything, but on a larger scale. And without the stuffed squirrels.

As we hit the five-year mark, I’d like to thank everyone who helps to create On The Hill every month; especially all the people who volunteer on the magazine, our wonderful advertisers who support and keep us afloat, and of course our readers.

The Primrose Hill Community Association had the idea to start the magazine five years ago, and it’s expanded over time to become what it is today. As well as being entertainment, it’s a community magazine and therefore a valuable resource to garner support for local causes, like the Lease Campaign to save the Community Center.

‘Five Years’ has recently been adopted as the anthem for the climate change protests, because of its warning of Earth having only five more years left. So let’s start the next five years on a positive note, for both On The Hill and our planet.