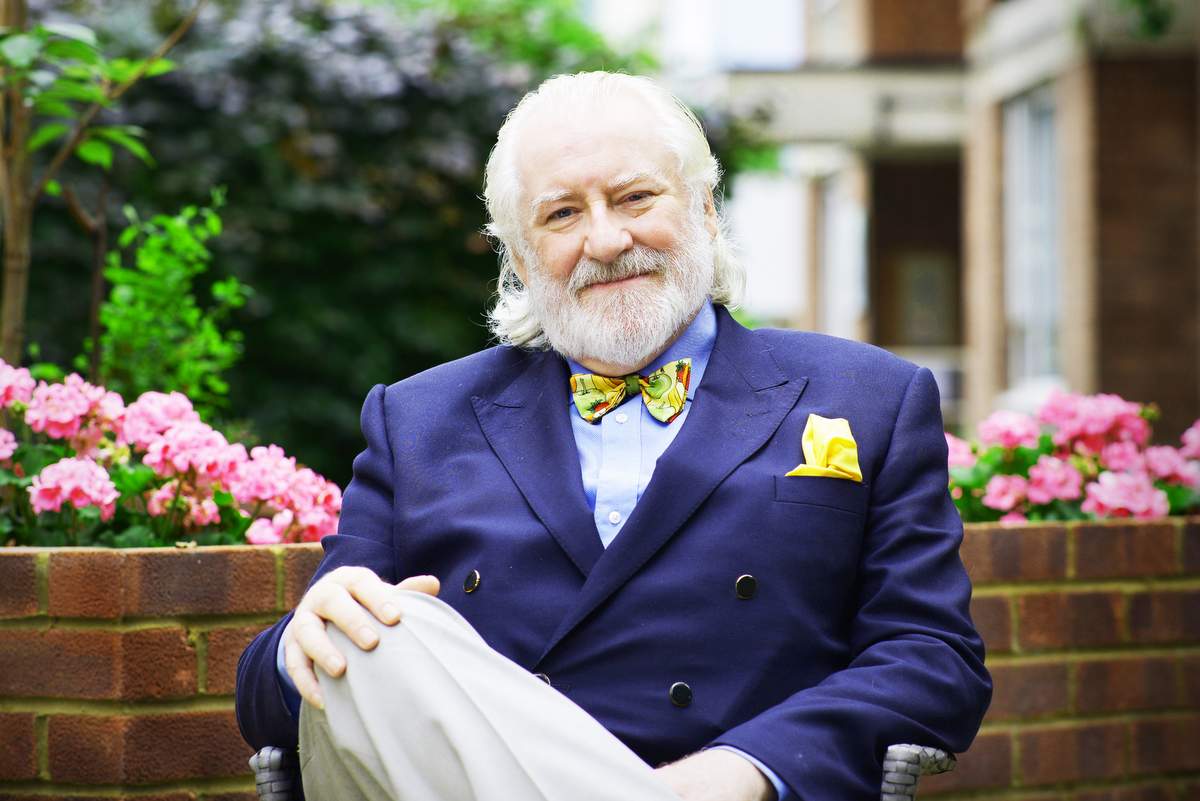 David William Justice, aged 72, lives in Oldfield and he is certainly one of the bright sparks. He was born in Gallowshields in Scotland where his father was a volunteer in the Commando Special Service Brigade, forerunners of the SAS. His father met a Scottish girl, Isabel Thompson, up there and married her.

“I still have a little pocket diary he kept, beautiful handwriting in ink. His troop were fighting in Italy so the entry for 1 May 1945 is significant. The war in Italy is coming to an end; Mussolini is dead. And on 3 May just three words, underlined: Hitler is dead. The commandos were volunteers, so immediately after the war my father returned to civilian life. He came down to the family home in Stamford Hill. He was one of thirteen children living in a council house, Victorian, four storeys, eight bedrooms. When I was six we moved to Dalston and I stayed there till I got married.”

David was clearly a clever boy. He won a coveted scholarship to Owens, a fee-paying school in Islington where he excelled, loved being part of a community and wore the uniform with pride. He was in the first eleven football and cricket teams and represented the school in the athletics team and in swimming.

My whole life now is about helping people. I’ve been very lucky in the life I’ve lived, the people I’ve met, the places I’ve been to. I’m on very good terms with my ex-wife. My ambition is to live a long life, be healthy and carry on helping people.

“Believe it or not, I learned to swim in the River Lea. One day we had a swimming gala and I won eight events. Three of the people I beat were in the Olympic squad. A couple of weeks later my parents got a letter from the ASA asking for permission for me to go to the 1964 Olympics in Tokyo. I was 17. I started serious training, but three months before we were due to go I broke my ankle playing football so I never got there. But I continued swimming and became an ASA coach. I still swim to this day.”
There was clearly something going on with sixteen-year-old David while he was at school because he used to play a lot of darts. And there’s only one place you play darts – down the pub.

“I was still at school when I got to the final of the News of the World darts competition. I played darts for the London county side through the 1970s and was semi-professional. When I worked for Ladbrokes I was their playing professional. If they opened a new sports shop I’d play an exhibition match. I played thirteen times for England. I didn’t exactly travel the world, but it did take me to places I wouldn’t otherwise have gone to. I was in Bermuda for an England v Bermuda v America competition and in Sweden. It was just something I had a talent for.”

David left school at eighteen. The family culture was to start earning money and set up your own small business, practical things like carpentry and the building trades. So in a sense David was breaking with tradition when he joined a chartered accountant’s. But he was bored stiff and after a couple of years walked out and never even collected his money.
“I had a friend who worked in the Connaught Rooms in Great Queen Street. He got me a job as a car jockey, parking cars. As a chartered accountant I was taking home £27 a month. In my first week parking cars I got £82. I stayed there five years. Then I moved on to a night club called Churchill’s in Bond Street. Then the Casanova Club in Grosvenor Street. And finally the Ladbroke Club in Mayfair. I was front-of-house manager there til we lost our casino licence in 1979. I saw gambling first-hand, enough so that I never gambled. I think online betting is atrocious. I once saw a man lose his Rolls-Royce. He sold it to a friend and lost all the money. He asked me if I could lend him something. I had a bit of money. There was plenty of ready cash around then, so I lent him £1,000. He went to another casino and came back two hours later, paid me and bought his Rolls-Royce back.”

While David was at Churchill’s he met a girl who was working at Holborn Town Hall. They were together for three or four years before they got married.
“When I started working all nights at Churchill’s, I managed to get her a job as a croupier. She wasn’t one of the Penthouse Pets. The girls on the tables had to have gaming board licences and couldn’t do any modelling. We had seven years enjoying ourselves. We travelled. Paris was our great love. We loved antiques. We went to fairs, built up quite a collection. We had one daughter in 1976. My job took me all over Europe. I was spending more time abroad than in London. We grew apart, were living separate lives. We divorced in 1981.”
For years David was, as his cardiologist said, “burning the candle at both ends and in the middle”. The result was three heart attacks in eleven weeks. The last one occurred while he was in hospital. If it had been at home he would have died.
“I was in St Helier Hospital, eating breakfast, when I keeled over. I was clinically dead for four minutes. Fortunately it was heart attacks not heart disease, and two years later I was A1 fit. I had a long hard look at myself and thought about my future career. I didn’t want to do anything physical. I had a family and needed to look after them, so I decided to study computing science. I went to Croydon College and studied at the Open University.”

As soon as he was qualified, David went to Kensington and Chelsea as their systems analyst/programmer, training all their staff how to use the computer systems. Then he moved to Sutton Council doing the same job. “This was the time IBM PCs came in. I was like a sponge. I soaked up every bit of information I could. Then I realised I was paying freelance trainers more money to work for the council than I was earning, so I set up my own computer consultancy.”
David worked for Pitman’s and at the Microsoft training centre as an authorised consultant. Nothing seemed to stop him. Microsoft bought some of his software for a tidy sum, and he had eighty companies in his portfolio. One of them was the Ministry of Defence. “The Ministry of Defence wanted a computer system that would log sightings and observations of car number plates, people. I wrote a database system for them. Up to then everything was in notebooks. I actually did some observations. A couple of times it was risky, no more than that because I always had back-up. My team and my programme were responsible for proving that Gaddafi was selling arms to the IRA. We traced telephone calls to the Libyan Embassy and from there to an Irish Hotel in Kensington. When the special services boys went in, they found two crates full of weapons with the Libyan flag on them.”

David’s father died aged 75. In his memory David devotes much of his time to the Commando Veterans Association, open to anybody who has a green beret, together with their partners and first generation as associate members. For the last five or six years David has been going out to Normandy for the anniversary of D-Day as a carer for one of the veterans. This Chelsea Pensioner died in 2018, so David was unable to go to the 75th anniversary in June this year.

David has lived in Oldfield for ten years. He volunteers there to give back something for the excellent way he has been treated. He is a popular front-of-house man at the lunch club, organises the quiz nights, is a member of the scrutiny panel (was vice chair for a year and chair for three years) and sits on the interview panel for new staff. Perhaps most important is the Oldfield choir.
“The choir was started three years ago as an outreach programme by the Royal Opera House. We have professional training and we give performances at care homes. It’s not excellent, but it’s above good. We have performed three times at the Albert Hall, at the Mansion House for the 90th anniversary of Central Cecil Housing Association and at Tate Modern. It’s about getting the residents out of their flats, and it is succeeding. My whole life now is about helping people. I’ve been very lucky in the life I’ve lived, the people I’ve met, the places I’ve been to. I’m on very good terms with my ex-wife. My ambition is to live a long life, be healthy and carry on helping people.